Janette and I took an extended weekend back in August so we could head to Central and Southeastern WA to check out breweries well off of our established beaten path. This is a review of one of those breweries, Atomic Ale Brewpub & Eatery. 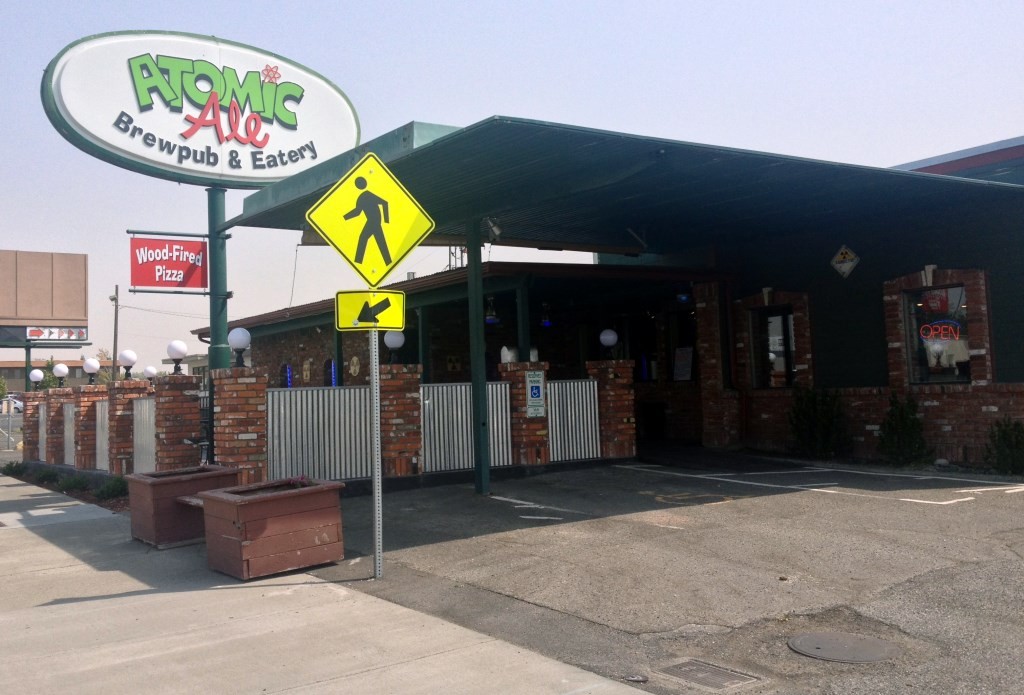 END_OF_DOCUMENT_TOKEN_TO_BE_REPLACED

Janette and I recently took an extended weekend so we could head to Central and Southeastern WA to check out some breweries well off of our established beaten path.  This is a review of one of those breweries.

Our first brewery of the weekend, Whitstran Brewing, is nestled in a quiet neighborhood off of the main highway (but still on a main thoroughfare) in Prosser. We got there early in the day, but spent some time at an amazing quilt store beforehand as we waited for them to open at 11:30am. 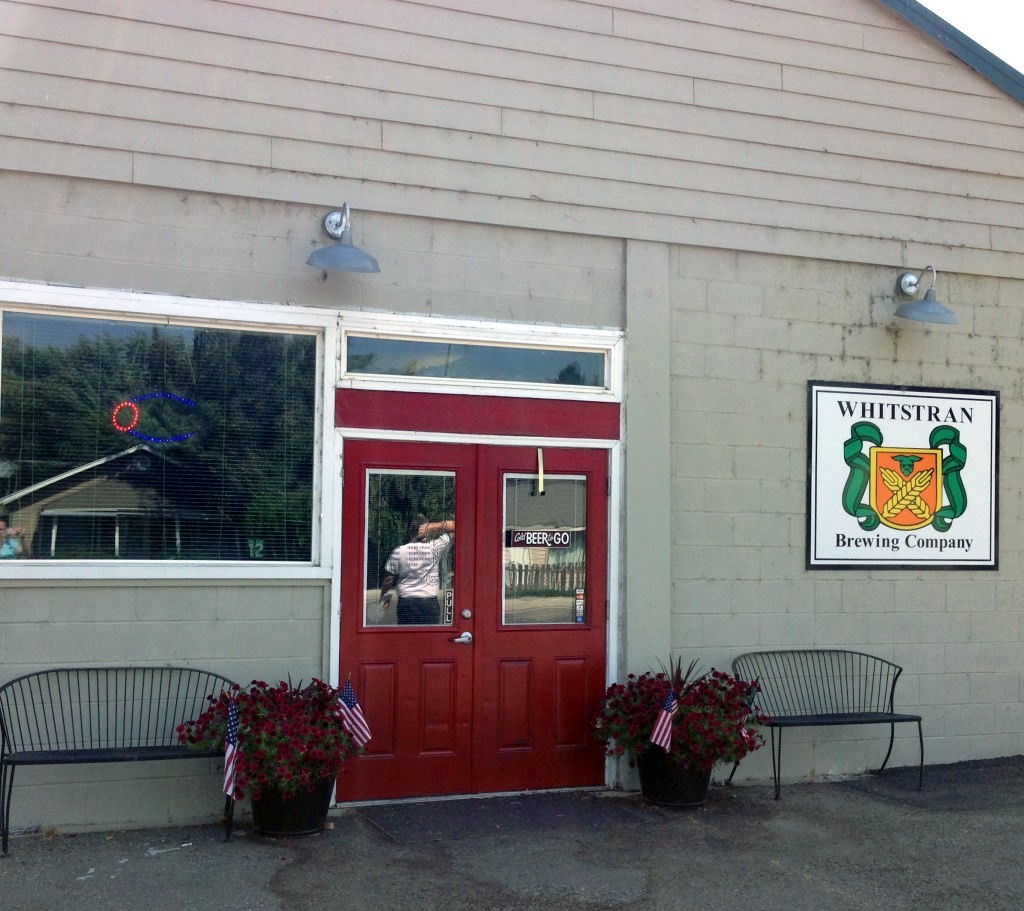 END_OF_DOCUMENT_TOKEN_TO_BE_REPLACED

When the invite to the release party for this beer arrived, I was intrigued. We love the seasonal beers at Machine House. This one was described as “featuring a nice citrusy blend of First Gold and Cascade hops and cold-infused smoked oranges from Jack’s BBQ”. Sounds delicious.

We recently had dinner at Jack’s BBQ, which is also off of Airport Way, not too far from the Machine House Brewery. YUM. Coupled with Machine House, this beer sounded like a win!

END_OF_DOCUMENT_TOKEN_TO_BE_REPLACED

We couldn’t find a WABL booth in our travels during Seattle Beer Week, so we hit their website to see if they would have one set up anywhere nearby so we could claim our rewards for both 20 and 50 brewery stamps. Well, “nearby” is relative. We ended up driving up to their WaBeer Celebration at Boundary Bay Brewing in Bellingham.

Lucky for us, there was indeed a table set up where we could redeem our existing passport and get a new one. 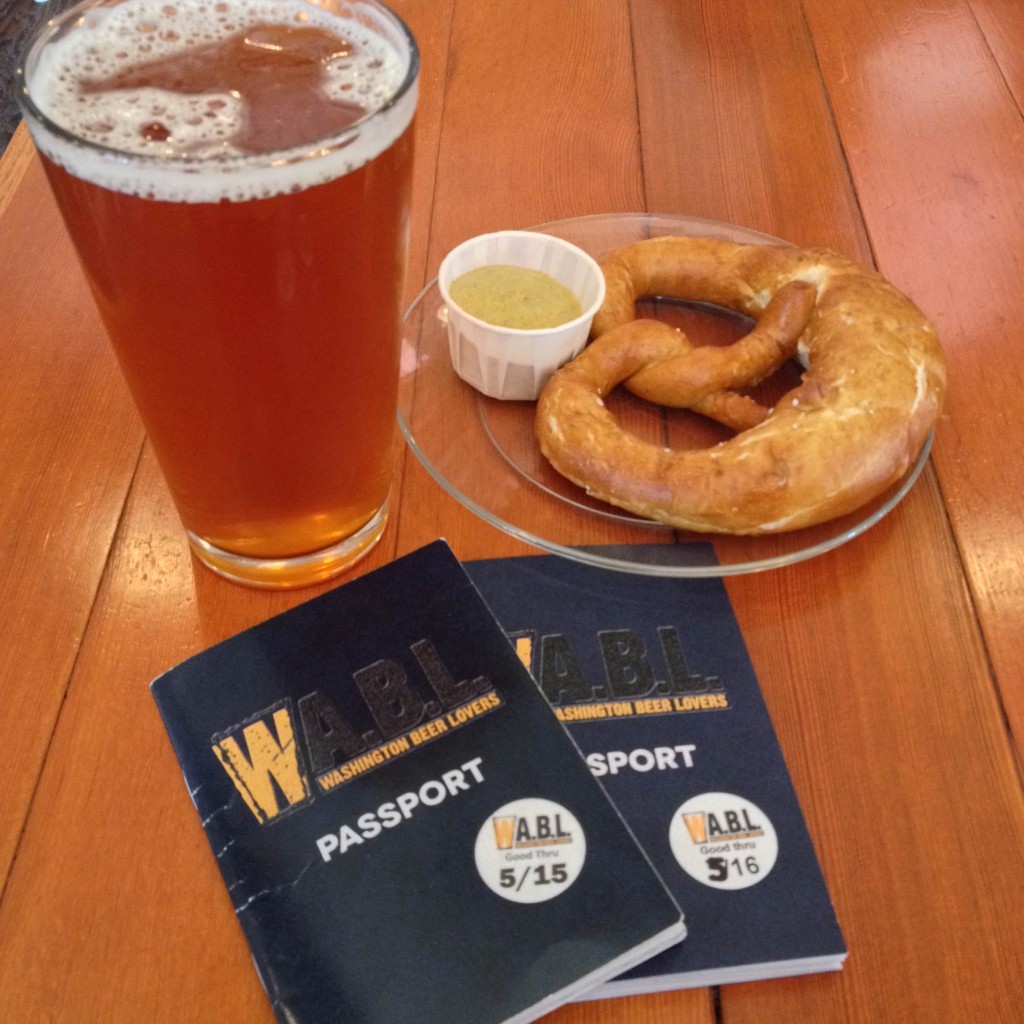 Out with the old passport, in with the new passport!

END_OF_DOCUMENT_TOKEN_TO_BE_REPLACED 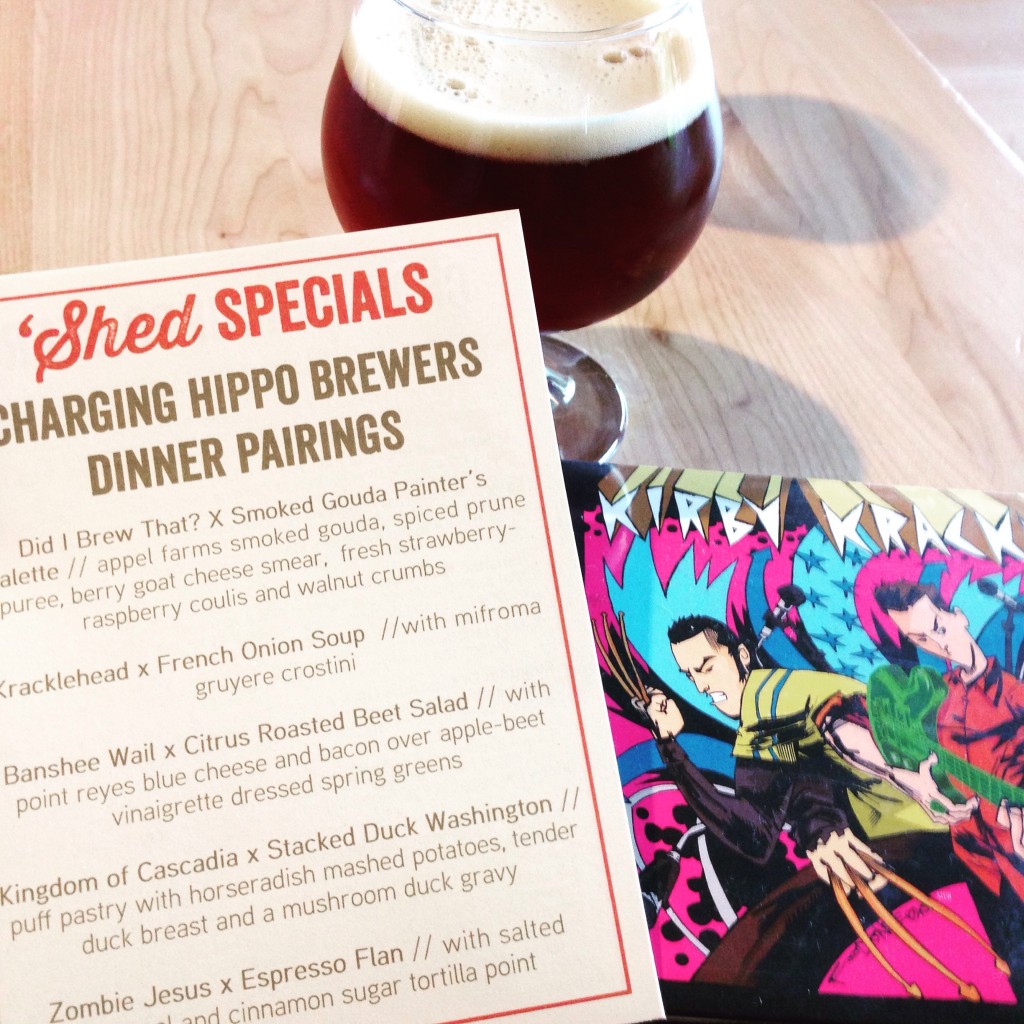 END_OF_DOCUMENT_TOKEN_TO_BE_REPLACED

We were looking for something new tonight, so we decided to give Giddy Up Burgers & Greens a try. They teamed up with Reuben’s Brews, one of their Ballard neighbors, to host a dinner featuring their burgers and Reuben’s, well…brews. 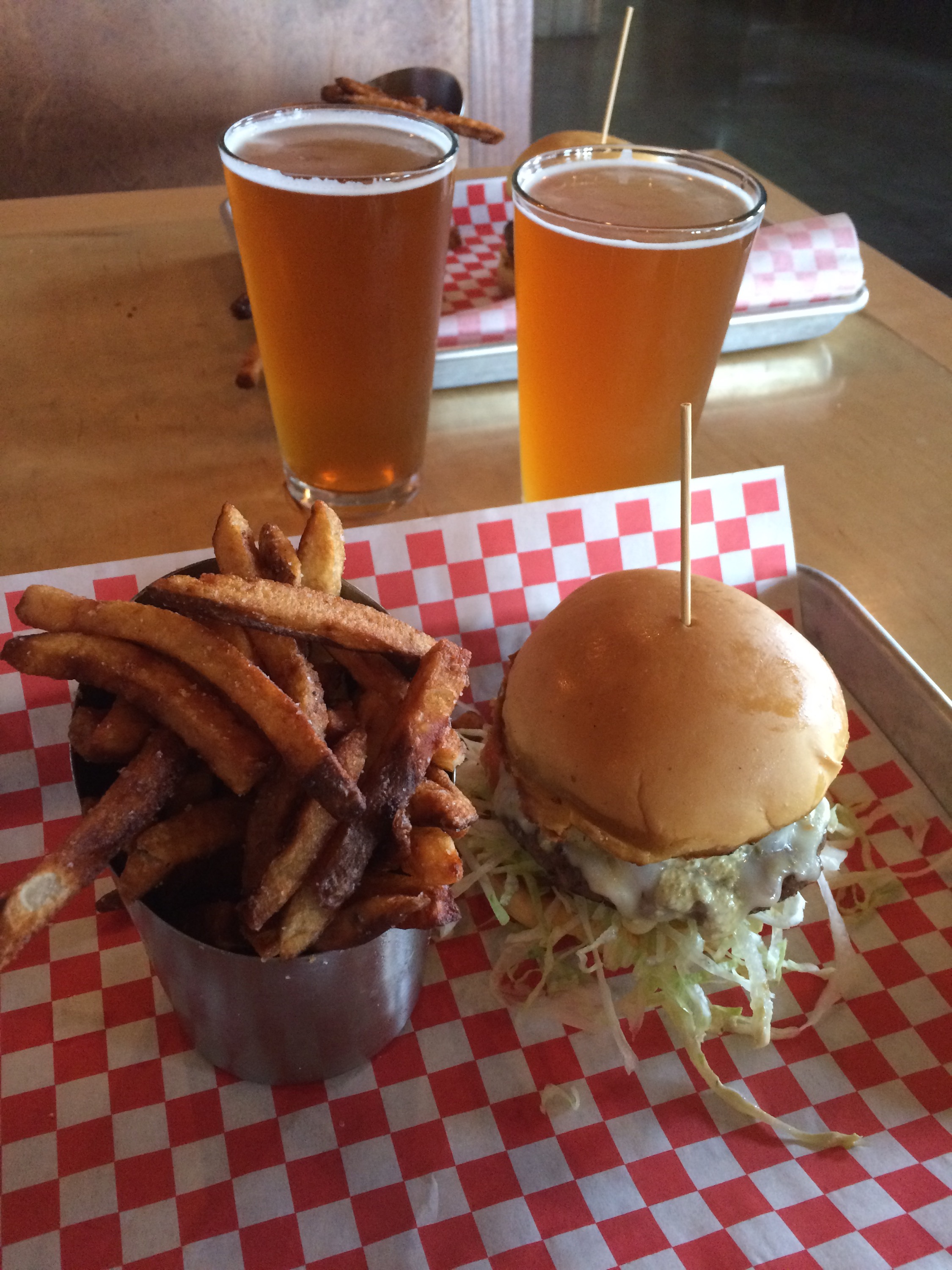 Perfection in pint glasses and on liner paper…

The special allowed you to get any burger on their menu, but we both opted for the Guacamole Burger. It may sound tame from the name, but between the jalapeños in the “Awesome Sauce” and the jalapeños on top of burger itself, this burger is not to be trifled with.

END_OF_DOCUMENT_TOKEN_TO_BE_REPLACED

We made a quick stop in South Park to check in at a couple of breweries.

Lowercase had a pair of really great Shandys – lemon and orange. Very refreshing on one of our recent sunny days. 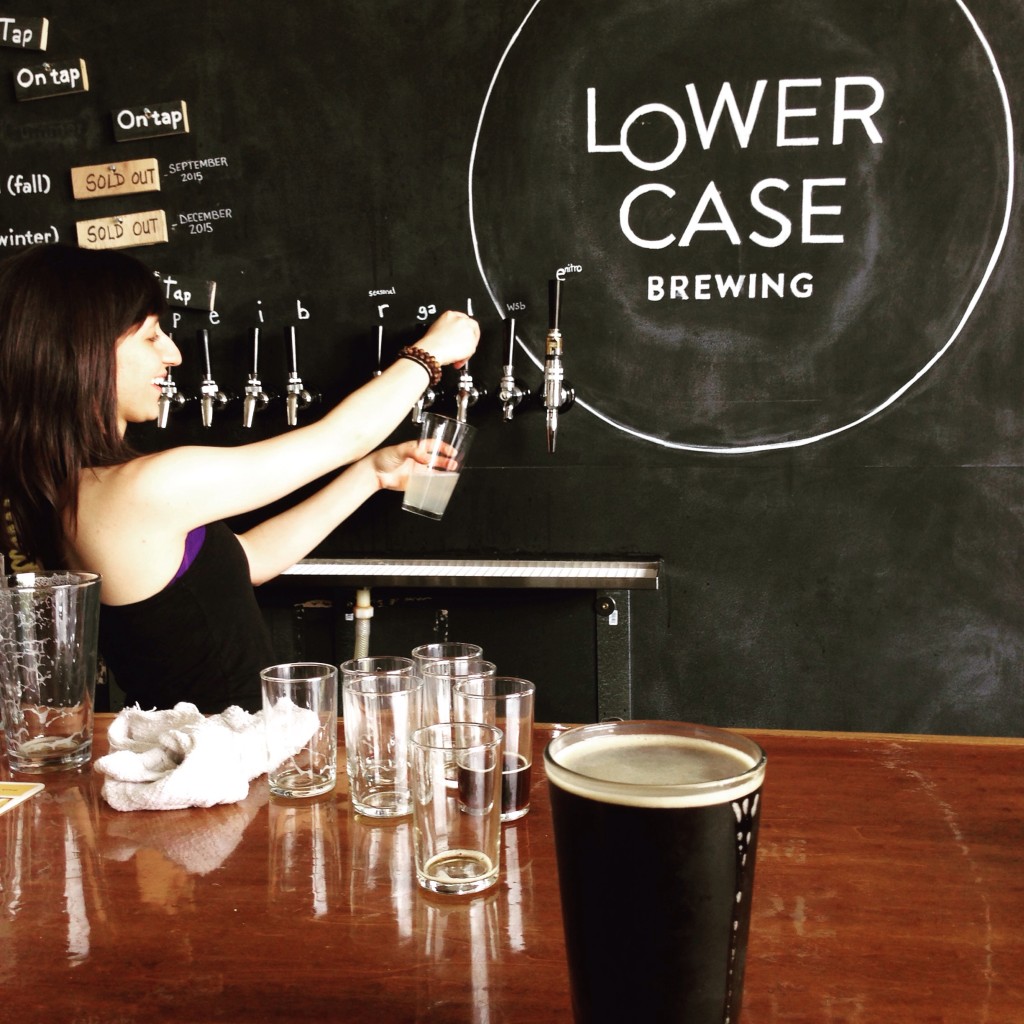 END_OF_DOCUMENT_TOKEN_TO_BE_REPLACED

We first visited Blue Lightning Brew back in February during Washington Beer Open House. We were impressed with the beers (and their clever names), the knowledgeable staff, and the passion of the brewer that gave us the tour.

I was stoked when I saw that they were participating in Seattle Beer Week. A great reason to check in again. Blue Lightning was offering Happy Hour prices all day, as well as a chance to win prizes (including a Mug Club membership!) 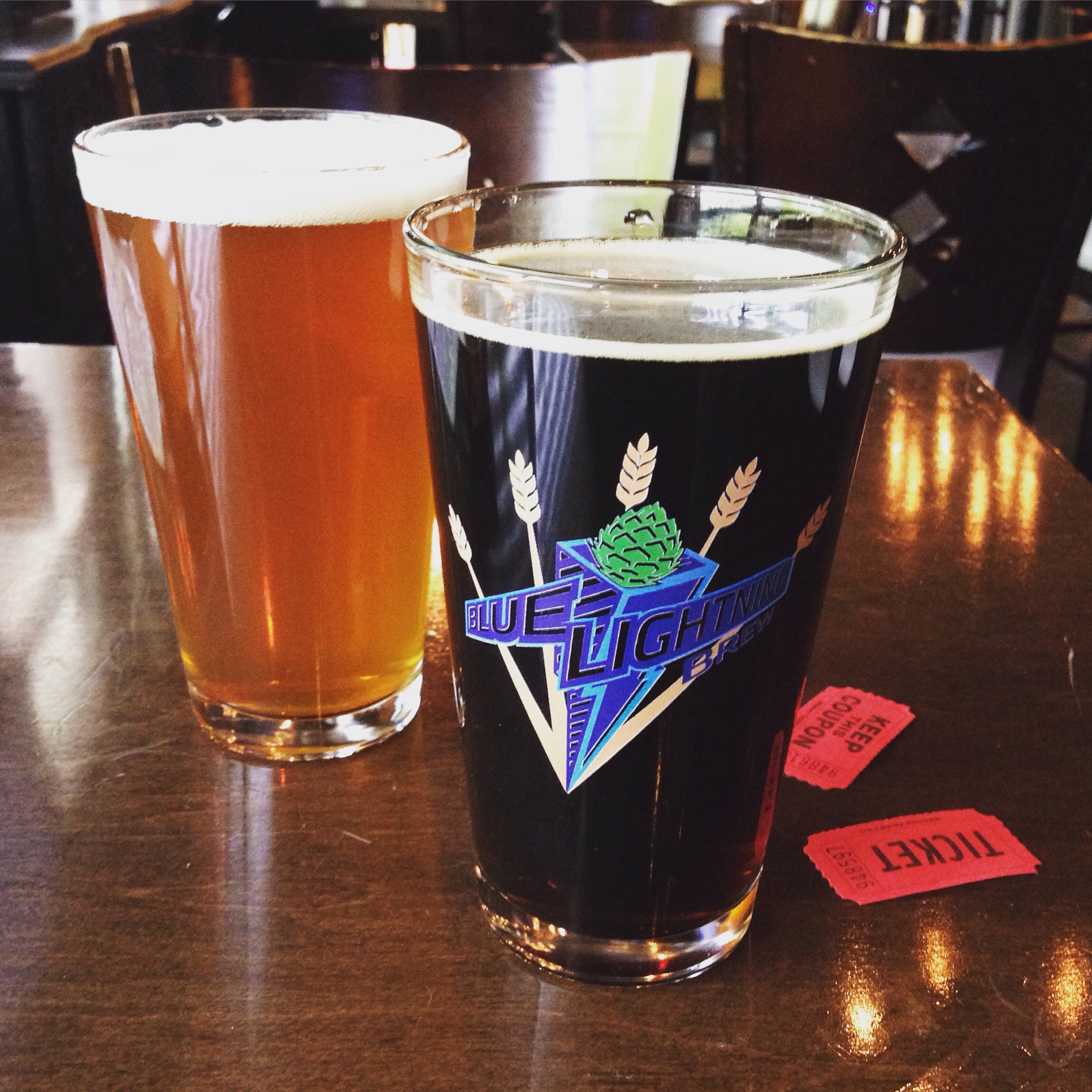 END_OF_DOCUMENT_TOKEN_TO_BE_REPLACED

Day two of Seattle Beer Week began with a long day at work.  Once again, gainful employment did its best to interfere with the enjoyment of beer.  Mercifully this only lasted until about 5pm at which time we were free to make the short trip north of downtown to Toronado, in Seattle’s Ravenna neighborhood.  We had been here a couple times before, and each previous visit was a bit magical in its own way.

The draw tonight was “Drake’s Pint Night”, a partial tap takeover where San Leandro, CA based Drake’s Brewing showcased eight of their beers. Our decision to hit this event was based mostly on this list of beers, as it included a couple IPAs, a couple sours, and a couple barrel-aged offerings.  This sounded right up our alleys.  So, without any further delay, let’s talk about some of the beers we tried! 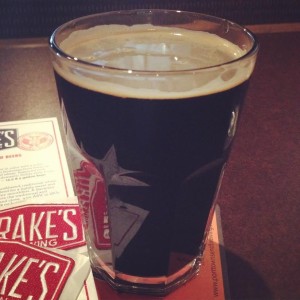 END_OF_DOCUMENT_TOKEN_TO_BE_REPLACED

For those who may be unfamiliar with the term, cask-conditioned beers are unfiltered, usually have less carbonation, and are traditionally served a little warmer than standard kegged beer. Done right, and served correctly, this can result in softer, more complex flavors. 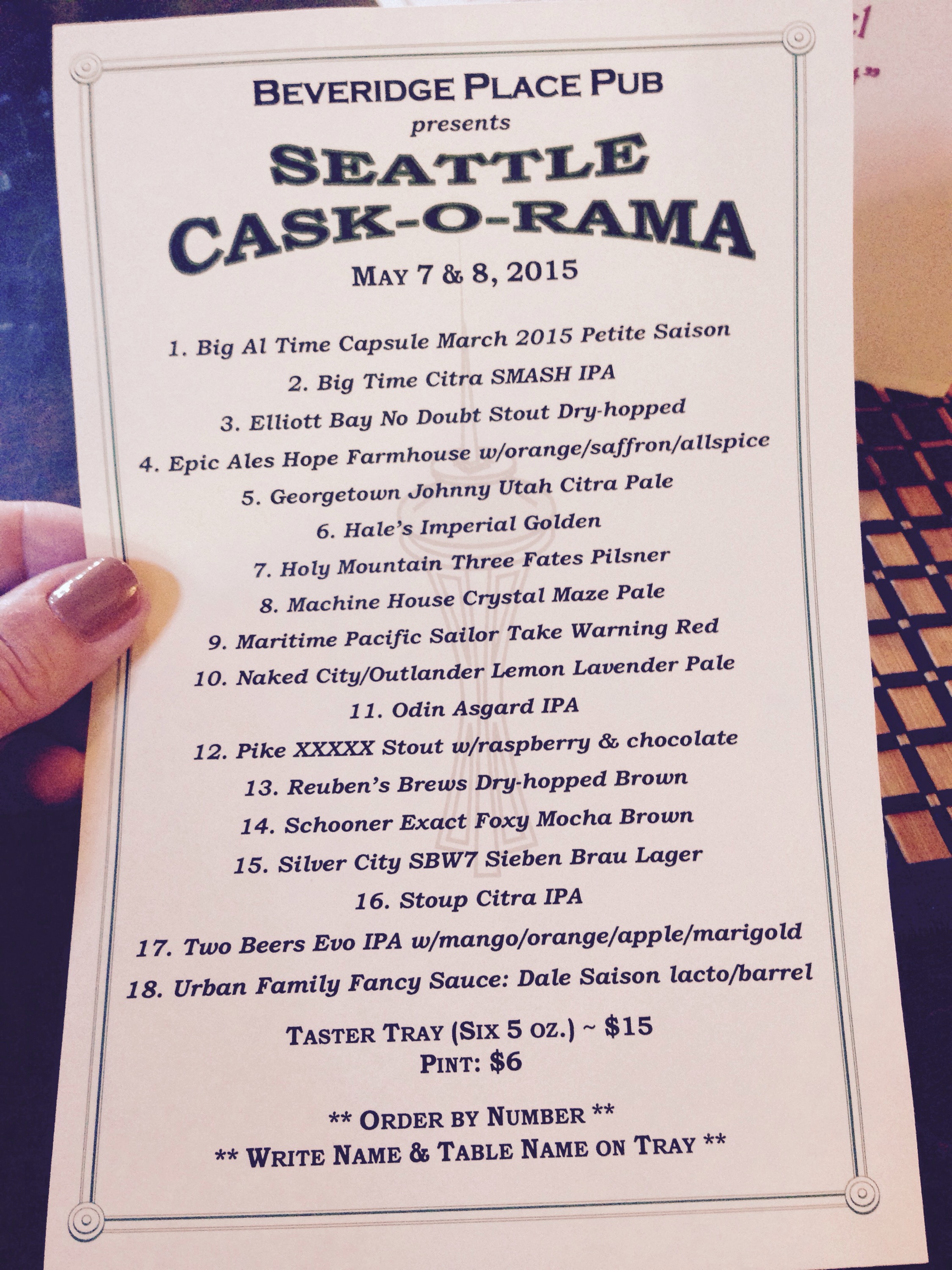